In Memory of
Carl Ervin
Jensen
1936 - 2020
Click above to light a memorial candle.
Memorial Candle Tribute From
Getz Funeral Home
"We are honored to provide this Book of Memories to the family."
View full message >>>
Send Flowers
Menu 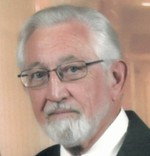 Carl Ervin Jensen 10/8/36 – 5/17/20 (83 years old)
Carl E. Jensen died peacefully in the presence of his loving wife, Avis J. Jensen, the morning of May 17, 2020.
Carl was born in Redwood Falls, MN to Mary and Hjalmer Jensen October 8, 1936. Theirs was a modest, hard-working, rural life exemplified by the tragic and premature death of Carl’s father in a farming accident when Carl was 10. Mary remarried Gilbert (Gilly) Jacobsen and raised Carl along with his sister, Betty, as his own.
Carl joined the Navy in his late teens and cultivated his ultimate career in electronics and interest in the nuclear industry while enlisted. Carl loved and often recalled his adventures on aircraft carriers and his visits to distant countries in the 1950s near the end of the Korean War.
Carl returned to Minnesota after his stint in the Navy where he met the love of his life, Avis Kurtz. They married on August 6, 1960 and together traveled, taking up residence in Maryland employed at Wallops Island, VA by the Physical Sciences Laboratory (PSL) with New Mexico State University (NMSU) on contract with the National Aeronautics and Space Administration (NASA). They transferred to and settled in Lompoc, California in the early 1960s again on contract with NASA at Vandenberg Airforce Base. Carl and Avis’ dear friends Jack and Marlys Masterson joined them in Lompoc, Jack also employed by PSL. It is in Lompoc that Carl and Avis, after an early and difficult loss of a baby girl years earlier, had two boys, Kevin (May 4, 1965) and Craig (August 27, 1968). Jack and Marlys had three children, John, Deborah, and Lloyd, and the nine of us became one large family exploring the beaches of California (Surf Beach, Santa Barbara,…), camping (Rancho Cielo, Figueroa Mountain), and exploring theme parks (Disney Land, Magic Mountain, Knotts Berry Farm,…). Carl even scored a cameo in the 1971 James Bond movie, “Diamonds are Forever.”
Carl was transferred to Las Cruces, NM in 1977 where he continued employment with NMSU/PSL at White Sands Missile Range. Carl’s career with the Physical Sciences Laboratory lasted for 26 years retiring and immediately taking employment with Lockheed Martin where he continued to work despite a health setback in the early 1990s through 2004 when he finally retired.
Avis and Carl spent their retirement enjoying each other. They took many cruises together primarily to the warm Caribbean and Hawaii, and they became regulars at the Sunland Park Racetrack where Carl mastered horse racing and Avis mastered the slots.
Carl was a brilliant, yet simple and practical man. He loved his wife and enjoyed his children and grandchildren and found sanctuary in his backyard and Las Cruces desert with accompanying wildlife near his home. He enjoyed the epic simple moment. He will be missed dearly.
PRECEDED IN DEATH BY:
Parents: Hjalmer and Mary Jensen (Jacobsen)
Stepfather: Gilbert Jacobsen
Survived By:
Spouse: Avis J. Jensen
Children: Kevin Jensen and Craig Jensen
Grandchildren: Andrew, Brennan, Logan, Noah and Emma
Sister: Betty Landsiedel
And many other family and friends

To send flowers to the family or plant a tree in memory of Carl Ervin Jensen, please visit our Heartfelt Sympathies Store.