In Memory of
John Edward "Jed"
Hendee
1970 - 2020
Click above to light a memorial candle.
Memorial Candle Tribute From
Getz Funeral Home
"We are honored to provide this Book of Memories to the family."
View full message >>>
Send Flowers
Menu 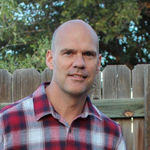 Jed Hendee, loving husband, father, son, brother, and friend passed away, Saturday, May 16, 2020, at his home after a six-year battle with brain cancer. With his family by his side, he died peacefully at the age of 49.

Jed was born on December 29, 1970 in Buffalo, New York, to Judy Hendee and John Hendee. Jed grew up in Buffalo and attended high school at St. Joseph’s Collegiate Institute. After graduation, he attended Canisius College in Buffalo where earned his bachelor’s degree in elementary education. Shortly after his college career, Jed joined the Peace Corps and served in Africa for two years. While in Africa, he taught education to adults and worked on teaching daily living skills. Upon his return, Jed earned a master’s degree from the University of New Mexico as well as Western New Mexico University. He began his teaching career in Gallup, NM, where he taught at Gallup Middle School. He relocated to Las Cruces, New Mexico and became principal at Zia Middle School. Jed completed his career in education as the principal of Las Cruces High School and later an administrator at central office. As is evident through his teaching career, his passion was working and educating people.

Growing up in Buffalo, hockey was a big part of his life. While living in Las Cruces, Jed would travel to El Paso twice a week to play hockey often coming home with cuts and bruises. Jed also loved preparing meals for family and friends. He enjoyed being surrounded by people and never missed out on having a good time.

Jed was a member of Saint Albert’s Newman Center Catholic Church. Services to celebrate Jed’s life are set for Friday, July 17, 2020 at 9 AM, at Getz Funeral Home. Due to COVID-19 restrictions, social distancing guidelines that are in affect at that time will be followed.

In lieu of flowers, the family asks contributions to be made in memory of Jed Hendee to:
CARE
118 S. Water St.
Las Cruces, NM 88001

To send flowers to the family or plant a tree in memory of John Edward "Jed" Hendee, please visit our Heartfelt Sympathies Store.