In Memory of
Anthony Frank
Avallone
1926 - 2020
Click above to light a memorial candle.
Memorial Candle Tribute From
Getz Funeral Home
"We are honored to provide this Book of Memories to the family."
View full message >>>
Send Flowers
Menu 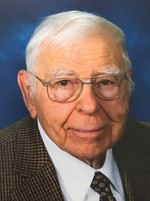 Anthony Frank Avallone, 93, passed away on Wednesday, June 24, 2020 at La Posada/Mesilla Valley Hospice.
Anthony was born and raised in Mt. Vernon, NY, the son of Frank and Mary (Annechiarico) Avallone. At the age of 17 he enlisted in the Army and spent a little more than 3 years there before he was discharged. He liked to tell the story about how he was able to go to law school at one of the most prestigious colleges in the country, Columbia University, even though he had no money and no undergraduate degree. He was truly grateful to the government for his education because the GI bill paid his tuition! He was also a spiritual man and he acknowledged that his education was only one of the many blessings in his life that he received from Almighty God.
He began his law practice in Rockland County, NY. However, in 1967, because of health issues, he moved the family to Las Cruces, New Mexico. He opened Law Systems of Las Cruces and practiced law in Las Cruces until his retirement in 1999. He truly enjoyed the practice of law and one of his significant accomplishments was the brief he drafted that was used to repeal the red-light camera law. He also enjoyed gardening and every year his vegetable garden would produce more than he could use so he would take the surplus to the soup kitchen. He was an architect and designed several houses over the years that he built for his family. He was a carpenter and took a lot of pride in the furniture he made for himself as well as for his children. He was a very generous man and donated regularly to many organizations locally and around the country. More recently, he had the opportunity last fall to travel with his son Michael to Washington, D.C. on the Honor Flight for veterans. He really enjoyed that trip and made many friends.
He is survived by his children, Mary E. Apodaca (Las Cruces), Elizabeth A. Smith (Lamy, NM), Claire M. Avallone (T or C, NM), Frank P. Avallone (Silver City, NM), Anthony V. Avallone (Alto, NM), Michael A. Avallone (Las Cruces), and 19 grandchildren. He was preceded in death by his wife of 66 years, Edith M. (Tese) Avallone; his son, Joseph D. Avallone; and his daughter, Camille P. Avallone.
Our father loved to tell stories and you can hear some of them from his 2012 interview on “Recollections on a Life” at https://soundcloud.com/anthonyavallone/sets/recollections-on-a-life.
Because of Covid-19, funeral services will be private.

To send flowers to the family or plant a tree in memory of Anthony Frank Avallone, please visit our Heartfelt Sympathies Store.