In Memory of
Barbara
Berryhill (Freeland)
1934 - 2020
Click above to light a memorial candle.
Memorial Candle Tribute From
Getz Funeral Home
"We are honored to provide this Book of Memories to the family."
View full message >>>
Send Flowers
Menu 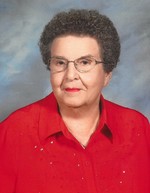 Barbara F. Berryhill 85 of Las Cruces N.M. Went to be with her Lord and Savior Jesus Christ peacefully on July 17, 2020. Barbara was born on December 6, 1934 to Ernest Freeland and Lucille Drewry in Memphis, TN. Barbara graduated from Central High School in Memphis, TN in 1952.
Barbara met the love of her life, Wayne Berryhill through a mutual friend and wrote to each other for two years, even though they only lived 20 miles apart, before meeting in person. Barbara's parents would not allow her to date one-on-one, so Wayne made sure he brought the boys, and she the girls, Wayne and Barbara were wed on October 9, 1953 in Olive Branch MS. Shortly after marriage, Wayne enlisted in the military. During Wayne's military career, Barbara was employed through Civil Service, and obtained many secretarial positions on the various bases Wayne was deployed. Barbara retired from White Sands Missile Range as secretary to Trasana. After retirement Barbara was asked to help out in the office of Calvary Baptist Church for a short time but ended up staying 16 years.
Barbara had a passion to sing and had a lovely voice. Her other passion was her two boys, in 1963 Wayne and Barbara felt something was missing. Destiny came into play with the adoption of their son, Michael Berryhill. Four years later they were blessed again with the birth of another son, Keith Berryhill.
Barbara and Wayne made many friends everywhere they went, especially the endless friends they made through their many church
homes. Her son Michael always said, “If the gift of gab is a gift from God, then she was blessed more than anyone I know”.
After Barbara's final retirement, Barbara and Wayne enjoyed traveling with the Calvary Baptist Church “Over the Hill and Rolling Gang” to various locations and concerts. They enjoyed visits to see their sons and grandchildren. They also cherished trips they took alone. After Wayne's passing in 2004, Barbara involved herself with the Calvary singers, they traveled to churches, nursing homes, hospice centers, anywhere they were invited to sing. Barbara volunteered at her church for numerous needs. Barbara made volunteering a priority and felt the giving of ones self is the greatest gift one can give. Barbara also continued to travel and vacation with her closest friends well into her 80's.
Barbara's passing has left a huge void in so many hearts, but we are comforted by the knowledge that she is in Heaven and for those that have a personal relationship with our Lord and Savior Jesus Christ, we will see her again one day.
Barbara was preceded in death by her parents, her loving husband Wayne, beloved son Keith, and a granddaughter, Kendra.
Barbara is survived by her loving son, Michael W, Berryhill and daughter-in-law Kathleen of Colorado, a daughter-in-law Karen of Colorado, a half-sister Sue of Mississippi, 8 Grandchildren Kristin, Lindsay, Michael Ryan, Isaiah, Joseph, Taylor and Bailey all of Colorado and Katelyn (Josh) of Texas. 3 step grandchildren, Thomas, Kaitlyn, Christopher all of Colorado, 4 Great Grandchildren lan, Isabelle, Alyana of Colorado and Savannah of Texas. Nieces Vanessa of Louisiana, Tasha of Mississippi, and Debbie of Arizona. Nephew David of Arizona, and the late John Crispin, and many many cherished friends.
There will be a viewing at Getz Funeral Home on Friday, July 31, 2020 from 5pm to 7pm. The funeral service will be at 10:30 am at Getz Funeral Home on Saturday, August 1, 2020. If unable to attend you can stream both events by logging onto getzcares.com and select stream live button, Live and you will be directed to the funeral home Facebook page and you are able to view from there.
In lieu of flowers, the family requests your financial support of Barbara's favorite charity, “A Cup of Water” in care of Calvary Baptist Church, 1800 S. Locust Street, Las Cruces, N.M. 88001. Ref: Saints Alive Sunday School.
Her son Michael has requested for those that knew his mother and would like to share your favorite “Barbara memory” to please send it via email to mwberryhill@hotmail.com. He would like to share these at the service.

To send flowers to the family or plant a tree in memory of Barbara Berryhill (Freeland), please visit our Heartfelt Sympathies Store.