In Memory of
Ronald Eugene
Garcia
1943 - 2020
Click above to light a memorial candle.
Memorial Candle Tribute From
Getz Funeral Home
"We are honored to provide this Book of Memories to the family."
View full message >>>
Send Flowers
Menu 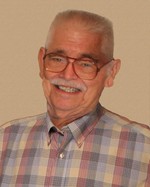 Ronald Eugene Garcia, 77, of Las Cruces, NM, went home to be with his Lord and Savior, Jesus Christ on August 6, 2020. Ron was born on June 27, 1943 and was raised in Alamosa, CO. As a young boy he watched his father, Alfred, go off to fight the Japanese in the Pacific during the Second World War. Alfred returned a hero, full of shrapnel and an indomitable spirit that shaped a young Ron into a warrior and a patriot. Ron served in the Navy as a Yeoman during the Vietnam War where he earned the Navy Achievement Medal. He was an ardent patriot who loved his country and stood up for his beliefs.
After his military service, Ron worked as a Psychologist and Director in various mental health programs in Alamosa, CO and Las Cruces, NM. Over the past 30 years he worked in the education sector as a Guidance Counselor and School Psychologist in NM schools, primarily at Las Cruces High School and for the Farmington and Gadsden School Districts.
After years of seeing the emptiness and hopelessness of clinical psychology, Ron found the answer we all seek: the only cure for humanity's problems, the only hope for the future. He came to a knowledge of saving faith in Jesus Christ and dedicated his life and profession to serving his Lord. He was a longtime member of University Presbyterian Church which was influential in his spiritual development.
He met his wife, Dianne Franzoy, at a singles church function. He married the single mother of three children in 1992. He loved his wife, children, grandchildren, and all of his family with a passion. He had many dear friends whom he also loved. He is keenly missed.
He enjoyed stream fishing and 4-wheeling in the mountains of Southern Colorado and the New Mexico deserts. He loved to observe people and pick on them to get a rise out of them. He had a great sense of humor.
Ron is survived by his loving wife, Dianne; daughter, Melissa Pennington (Greg) of Tucson, AZ; son, James McDaniel (Missy) of Los Lunas, NM; and stepson, Mike McDaniel (Nicole) of Los Lunas, NM; 4 grandchildren: Ruth and Esther McDaniel; and, Aaron and Claire Pennington. He is also survived by his sister, Maria Garcia of Alamosa, CO, nephew, Juan Garcia (Marie) of Albuquerque, NM, niece, Yvette Reveles (Johnny) of Alamosa, CO; sister in law Mai Garcia of Albuquerque, NM and many more extended family and friends who deeply love and miss him. He was preceded in death by his parents, Alfred and Dolores Garcia, his brother, Michael Garcia, and his grandson, Enoch McDaniel.
A Memorial Service will be held Saturday, August 22, 2020 at 10 a.m. at University Presbyterian Church. 2010 Wisconsin Ave. The family asks that attendees wear something other than black as this is a celebration of Ron’s homecoming. His favorite colors were maroon and orange. Interment will be at Santa Fe National Cemetery at a future date.
In lieu of flowers, please contribute a memorial donation to the University Presbyterian Church, the American Center for Law and Justice, or the Wounded Warrior Project.
Arrangements by Getz Funeral Home, 1410 E. Bowman Ave. Las Cruces, NM 88001. Please visit www.getzcares.com to sign the local online guest book.

To send flowers to the family or plant a tree in memory of Ronald Eugene Garcia, please visit our Heartfelt Sympathies Store.