In Memory of
Ramon R.
Placencio
1929 - 2020
Click above to light a memorial candle.
Memorial Candle Tribute From
Getz Funeral Home
"We are honored to provide this Book of Memories to the family."
View full message >>>
Send Flowers
Menu 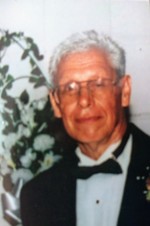 Ramon R. Placencio, 91, of Las Cruces, NM went home to be with the Lord on October 1, 2020.
Ray was born in Gila, NM to Ramon Rodriguez and Felipa Placencio on January 6, 1929. Ramon joined the army at 17 years of age on January 10, 1946. He was stationed at Ford Hood, where he was then deployed to Germany. He received the WWII Victory medal and Occupational medal. He had multiple honorable discharges in 1948, and 1952 and final honorable discharge from the Army Reserves on August 14, 1964. Ray loved sharing his army stories. He was proud of his service to his country. On December 20, 1952, he married his childhood sweetheart, Irene Polanco in Gila, NM. The couple moved from Gila to Silver City, NM. During his life Ray worked many different jobs, including selling men's suits for the Stone Field Corporation, whereupon he purchased his own fashionable Zoot Suit! He was a "tall glass of water." Ray also worked at the Santa Rita mines. Ray and Irene had two children, Lydia and David. Eventually the family moved to Las Cruces where Ramon worked at White Sands Missle Range until his retirement. After his retirement, he worked part time at Hayden's Hardware Store where he was fondly known as "Mr. P."
Mr. P was an honorable and hardworking man. He was a devoted husband, father and grandfather. He always had a smile on his face and was ready to lend a helping hand to anyone who was in need. He loved his grandchildren above anything else.
Ramon is survived by his children, Lydia Barrio (Conrad) and David Placencio (Genoveva) of Las Cruces. Grandchildren, Denise, Leo James, Stephanie, Sarah (Miguel Lucero), Conrad Jr., David (Pamela) and seven days later on October 8 was followed in death by his beloved grandson Phillip Placencio. Fifteen great grandchildren, siblings, Herminio, Leo, Freddy, Genoveva, Maria, Celia, Priscilla, Isidra, and Virginia. Brother-in-law, Candido, sister-in-laws, Lorenza, Lila (Jimmy), Rosa (David), Maria, Anita and Ruth and many nieces and nephews whom he dearly loved.
Ramon was preceded in death by his parents, his beloved wife, Irene, grandson Steven Aguirre, grandson-in-law Matthew Tarin, siblings Eduardo, Ernesto and Pete Rodriguez, Angela, Lola, and brothers-in-laws Julio Polanco and Lorenzo Torrez.
His family will celebrate his life on October 28 at Immaculate Heart of Mary on Espina. The recitation of the Holy Rosary will begin at 10:00 a.m. The funeral mass will be celebrated immediately after the Rosary and the rite of Committal and Interment will follow at Hillcrest Cemetary with Military Honors.
The family would like to thank Lulu, from the Melendres Home Assisted Living and the Amber Care Hospice nurses.
Arrangements are with Getz Funeral Home, 1410 E. Bowman Ave. Las Cruces NM 88001. Please visit www.getzcares.com to sign the local online guest book.

To send flowers to the family or plant a tree in memory of Ramon R. Placencio, please visit our Heartfelt Sympathies Store.