To share your memory on the wall of Patrick Beckett, sign in using one of the following options:

Print
Patrick Herman Beckett of Las Cruces NM, died peacefully at home with his family from heart disease and Diabetes complications on November 20, 2020. He was 79.

After proudly serving in the US Marine Corps, Pat graduated from New Mexico S... Read More
Patrick Herman Beckett of Las Cruces NM, died peacefully at home with his family from heart disease and Diabetes complications on November 20, 2020. He was 79.

After proudly serving in the US Marine Corps, Pat graduated from New Mexico State University and then received his Masters from Eastern New Mexico University. He became an archaeologist and eventually head of the contract archaeology program at NMSU.

Pat started Coas Publishing company in the early 1970s and in 1984 he founded Coas Bookstore, which with the help of his family grew into New Mexico’s largest independent bookstore.
Pat deeply loved his wife Becky, to whom he was married for 56 years. He was very proud of his Irish as well as Hispanic background (which dated back to the 1600s in New Mexico), as well as his fellow Marines.
Light a candle, raise a glass of Bushmills, and salute with a hearty Semper Fi!
He will be greatly missed.

To plant a memorial tree in honor of Patrick Beckett, please visit our Heartfelt Sympathies Store.

There are no events scheduled. You can still show your support by sending flowers directly to the family, or planting a memorial tree in memory of Patrick Beckett.
Plant a Tree

We encourage you to share your most beloved memories of Patrick here, so that the family and other loved ones can always see it. You can upload cherished photographs, or share your favorite stories, and can even comment on those shared by others.

Posted Dec 08, 2020 at 07:26pm
Pat was a good friend of my late father for many, many years. He also became my friend, and he created the best book store EVER. I will always remember him for his warm and open personality. Sweet peace, Pat. My heart is with all of you in the family ~ Leilani Horton = Las Cruces, NM
Comment Share
Share via:
LH

Posted Dec 03, 2020 at 02:03pm
Pat was a treasure to his family, his friends and to Southern New Mexico. I loved talking with Pat and Pat loved to talk! He always seemed so happy to be in your presence and no matter the topic, I always left the conversation feeling happier. He was a blessing to his family and they to him. Becky, you were his greatest supporter and I know your sadness will be above all others. I will keep your family in my sweetest thoughts during this already hard time. Linda G. Harris
Comment Share
Share via:
DD

Posted Nov 30, 2020 at 02:58pm
The board of directors and membership of the Dona Ana County Historical Society send our heartfelt sympathies for your loss. Pat was a great friend to the DACHS, a personal friend to many of our members, and a treasured resource on the history of our region. He was always happy to share his expertise and knowledge, We will miss him indeed. Dennis Daily, President
Comment Share
Share via:
JM

Posted Nov 30, 2020 at 12:17pm
I had the great privilege of working with Pat in the early 1970's in a small department at NMSU. Several years later, after I returned to Las Cruces following a divorce, I worked with Becky at the NMSU Foundation/Development office. Pat's passing is such a great loss for the Las Cruces community and for everyone who knew him. He touched so many lives in so many ways, and especially with the founding of our great cultural and social center, Coas Books. He was a man of great humility and kindness, and he will never be forgotten. Please accept my sympathy for this loss.
Comment Share
Share via:
KR 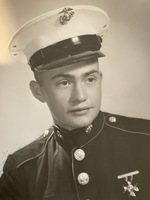 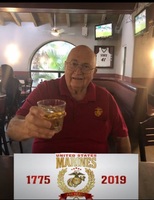 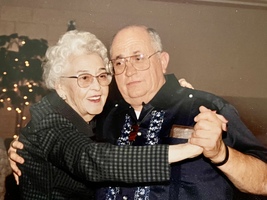 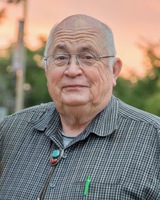