To share your memory on the wall of Benjamin Bradford, sign in using one of the following options:

Ben was very outgoing and loved talking to people. He was known by his positive outlook on life, his black cowboy hat, and his big smile.

Survivors are daughters Kathryn (and Timothy) Mullis and Pamela Gray, both residing in California; one sister, Ruth (and George) Woodley, residing in Colorado; eight grandchildren and seven great-grandchildren; three nephews and one niece.

Ben will be missed greatly by all.

To plant a memorial tree in honor of Benjamin Bradford, please visit our Heartfelt Sympathies Store.

There are no events scheduled. You can still show your support by sending flowers directly to the family, or planting a memorial tree in memory of Benjamin Bradford.
Plant a Tree

We encourage you to share your most beloved memories of Benjamin here, so that the family and other loved ones can always see it. You can upload cherished photographs, or share your favorite stories, and can even comment on those shared by others.

Posted Jan 22, 2021 at 02:35pm
Our deepest condolences on the loss of dear Ben. Ben was held in high regard within our small security community, and he will be greatly missed.
May you find peace and comfort in this difficult time.
With sincere sympathies,
Sun City Security Service, Inc.
Comment Share
Share via: 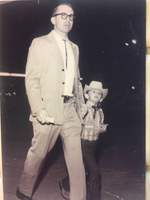 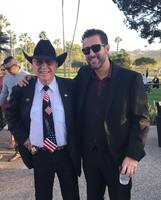 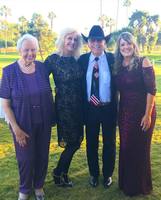