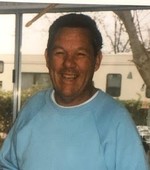 Richard E. St.John, of Las Cruces, passed away on February 3, 2021 peacefully in his sleep at the age of 89.
Richard was born on July 18, 1931, to Edwin and Florence St. John in Las Cruces, New Mexico. A graduate of Las Cruces High School, Richard also served in the U.S. Navy for 4 years.
Returning to Las Cruces, Richard married Billi Reid in 1955 and raised three children, Phyllis, Trish and Edwin. After purchasing the St. John farm, Richard and his family grew cotton, vegetables, alfalfa, and pecans, as well as raising poultry. The family business supplied St. John Eggs to local grocery stores, bakeries, and restaurants. In 1970, Richard began development of the St. John Mobile Home Park.
When he wasn’t working, Richard enjoyed fishing, hunting, camping and boating. Many family weekends and summers were spent water skiing and camping at Elephant Butte and Caballo Lakes. A member of the Sun Country Bass Association, Richard’s passion for fishing led him to compete in numerous bass fishing tournaments in New Mexico, Texas, Colorado and Arizona. Richard also relished deep sea fishing excursions off the coast of Little Ensenada, Mexico. Semi-retired Richard and Billi continued to fish and travel, including visits to Argentina and Tahiti, and cherished time spent with family. Billi passed away in 1996.
Richard remarried Maisie Freeman in 2000 and continued to fish competitively and farm pecans. Richard and Maisie traveled to her native country, England, and vacationed in the surrounding countries. They also enjoyed shorter trips in the motorhome and visiting family and friends in Texas, Colorado, and Arizona.
Richard is preceded in death by his wife, Billi, his parents, and older brother Leroy. He is survived by his wife, Maisie; adult children, Phyllis and her husband Kenny; Trish and fiancé Roland; and Edwin and his wife Debbie; five grandchildren; five great grandchildren; his brother Stanley; and his wife’s daughters, Margaret and her husband David; Judy; and Elaine.
Due to Covid-19 restrictions, a small, private, graveside service will be held at Hillcrest Cemetery in Las Cruces, on February 24th.
Our family wishes to thank the many people who provided aid for Richard in the last few years, including the nurses and caregivers Delores, Amber, Jessica, and Nicole with Encompass Health Hospice Services.

To send flowers to the family or plant a tree in memory of Richard Edwin St. John, please visit our Heartfelt Sympathies Store.