In Memory of
Robert Eggleston
Gibson
1928 - 2021
Click above to light a memorial candle.
Memorial Candle Tribute From
Getz Funeral Home
"We are honored to provide this Book of Memories to the family."
View full message >>>
Send Flowers
Menu 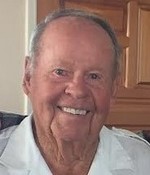 OBITUARY OF COL ROBERT E. GIBSON, USMC (RET)
Col Robert E. “Bob” Gibson, USMC (Ret) passed from this earth on 16 April 2021. Bob was born on 12 March 1928 in Long Beach, California. Bob had an extraordinary career in three military services – the Army, Navy and Marine Corps – a total of 39 years on active duty. Upon graduating from Long Beach Poly High in 1945, he enlisted in the Army and was sent to Stanford University for studies. When that curriculum ended (WWII was over), he was commissioned as a 2ndLt from Officer Candidate School at Fort Benning, Georgia on 23 April 1947. After a tour in Europe as a 1stLt, he accepted appointment to the US Naval Academy and was commissioned a 2ndLt (for the second time) in the US Marine Corps in 1954. Bob became an artillery officer and achieved command at the Battery level (K-4, 10th Marines) for the Cuban Missile Crisis, Battalion level (3-12th Marines) for the Vietnam War, and Regimental level (12th Marines) on Okinawa/South Korea. Uniquely, he also served as a Company Officer at both the Naval Academy and the Military Academy at West Point. He earned a master’s degree in Management from the Naval Postgraduate School and graduated from Top Level School at the Canadian Defence College. His final assignment was as the Director of Strategy at CINCPAC, Hawaii.
Bob had a beautiful singing voice and was twice president of the Sounds of Aloha Barbershop Chorus in Hawaii, touring worldwide. He loved animals, especially his Jack Russell terrier, Biff, and logged many miles with him even into his 90s.
Bob married Rosanne Roney in 1954, and through 41 years of marriage had seven children: Mark (Claudia) Gibson, Paul (Annette) Gibson, Mary Rose (Rich) Gerardi, Ann Terese Gibson (deceased), Linda (Bruce) Raiff, Geralyn (Al) Rangel and Elizabeth Gibson. He and Rosanne also helped raise their first grandson, Keoki when his mother, Ann Terese passed. Bob has numerous grandchildren (Keoki, Dan, Chris, Natalee, Andrew (deceased), Aaron, Brendan, Rashad, Sharice, Mariyah, Atom, Amy, Joseph, Sean, Ben, Matt, Lucinda, Alexis and Alyssa) and 10 great grandchildren. Rosanne passed away in 1995 and Ann Terese in 1981. Bob was fortunate to find love again, and married Sandra “Sandy” Tomlinson on 1 November 1997. After 24 years of marriage, Sandy resides today at their home in Las Cruces, New Mexico.
A Great American, Bob will be interred with military honors on 13 August 2021 at the Hawaii State Veterans Cemetery in Kaneohe, Hawaii.

To send flowers to the family or plant a tree in memory of Robert Eggleston Gibson, please visit our Heartfelt Sympathies Store.