In Memory of
Ronald Dale
Lerdal
1943 - 2021
Click above to light a memorial candle.
Memorial Candle Tribute From
Getz Funeral Home
"We are honored to provide this Book of Memories to the family."
View full message >>>
Send Flowers
Menu 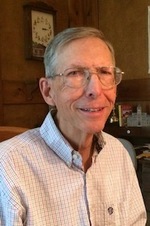 Ron Lerdal passed from this life on April 16, 2021 at the age of 78 after spending an eight -year journey with Alzheimer’s disease. He attacked it, as he did the rest of his life, with dignity and grace.
Ronald Dale Lerdal was born in Sioux Falls, South Dakota on March 26, 1943. His parents, Irvin and Beatrice Lerdal brought him home to their farm near Sherman to meet his siblings: Richard, Robert, Roger and Harriet. One of his nicknames was Marconi which he earned by setting up a telephone system on the farm connecting the house to the barn and other out-buildings. He also fixed radios and televisions in the back of his uncle’s hardware store to earn pocket money as a teenager. He attended White Willow School, a one-room schoolhouse and graduated from Garretson High School.
After working a year in Oregon in a paper making factory, he attended a year of college at the South Dakota School of Mines. He transferred to Augustana College in Sioux Falls to complete his degrees in Physics and Mathematics in 1966.
After graduating from Officer’s Training School for the United States Air Force, Ron served as a launch control officer and instructor for the Minuteman II Missiles. He was a very proud and patriotic American.
LuRae Marie Irwin became his wife on November 27, 1966. Ron loved his family and was the proud dad to Eric Paul and Andrew Michael. He always had time to teach and play with his sons, the neighborhood kids, and the grandchildren to fix every toy, bike or skateboard, and to attend scout meetings and concerts in which they were participating. He never called a repairman as he fixed anything that was broken and built many pieces of furniture for the home. As his mother-in-law, Lillian Irwin said, “Ron can fix anything.”
In March 1971, Ron became an employee of NASA. Working at Mission Control in Houston, he contributed to the Apollo 15, 16, and 17 flights along with the Apollo/Soyuz and Skylab mission. In 1977, he joined the team at White Sands Test Facility, where he worked until he retired in August of 2005, after 34 years of service. He was especially proud of being awarded the Silver Snoopy Award, a NASA award given by the astronauts, “For professionalism, dedication and outstanding support that greatly enhanced space flight safety and mission success.”
In retirement, he volunteered at the Farm and Ranch Heritage Museum, became a band radio operator, volunteered at Trinity Lutheran Church and St. James Episcopal Church, and was a member of NARFE. He also faithfully rode his bicycle several days a week.
Ron is preceded in death by his parents Irvin and Beatrice Lerdal, his brothers Richard, Robert and Roger, his in-laws Luray and Lillian Irwin, and his brother-in-law Monte Irwin. Mourning his death are his wife of 54 years LuRae (Chickie), his sons Eric (Apple) and Andrew (Krissy), his grandchildren Sarah, Lucy, LuRay, and Matthew and his sister Harriet. In addition, Joyce Lerdal, Jim and Myrna Wylie, Carol Irwin and numerous nieces and nephews.
Services will be held at 11:00 am on April 26, 2021 at St. James Episcopal Church for family and will be live streamed on Zoom for his family and friends. Memorials may be sent to St. James Episcopal Church, PO Box 2427 Mesilla Park, NM 88047.
Arrangements by Getz Funeral Home, 1410 E. Bowman Ave. Las Cruces, NM 88001. Please visit www.getzcares.com to sign the local online guest book.

To send flowers to the family or plant a tree in memory of Ronald Dale Lerdal, please visit our Heartfelt Sympathies Store.